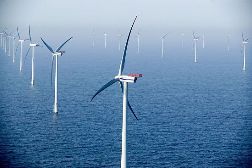 We are also involved in a European project researching advanced condition monitoring systems for the evaluation of the overall condition of wind turbines. The UK Government has set targets to increase contribution of renewables to UK electricity by 10% in 2010, with an aspiration for 20% by 2010; resulting in an increasing number of wind turbines being installed.